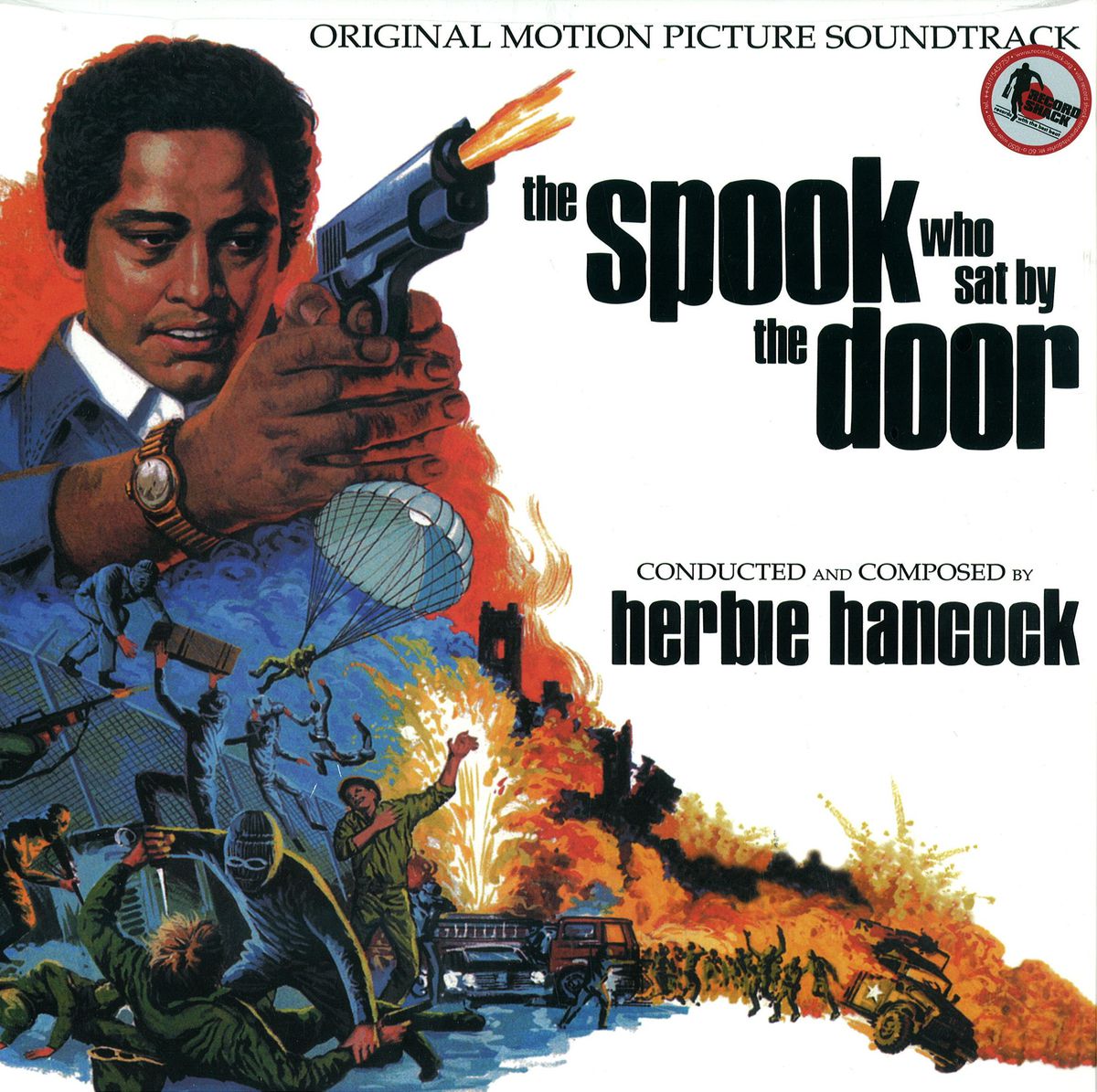 The Spook Who Sat…

“A legendary soundtrack by the great Herbie Hancock — super-rare, and super-dope, and super-funky! The film itself is a really righteous tale about a disenchanted Vietnam vet who infiltrates the CIA, learns its tricks, and uses them to start the coming revolution — and Herbie’s score for the film is every bit as bold and powerful as the movie itself! The music’s got loads and loads of heavy keyboards — sometimes distorted and noisy, as on some of Herbie’s own work of the time — sometimes smooth and sweet, with a tasty Fender Rhodes sound — but always tight, jazzy, and funky! The soundtrack does a good job of including background noises, sound effects, and snippets of dialogue from the film — and there’s also a few mysterious bonus bits, which seem to come from other sources, but which fit in well with the sound of the overall album! The whole thing makes for an ultra-cool listening experience that’s served up in a number of dimensions — and titles include “The Big Rip Off”, “Revenge”, “At The Lounge”, “Training Day”, “The Stick Up”, and “It Begins”. – Dusty Groove

“The multi-million copy best-selling novel written by Sam Greenlee explodes on the screen! Dan Freeman, a Korea vet, is looking for work. The CIA, in order to avoid charges of discrimination, have just announced that they are taking applications from black candidates – thinking that none will pass their tests, so Freeman plays the system and gets through. Freeman, the perfect employee, expects to get ahead but instead finds that he’s reduced to guiding tours and performing menial tasks.

After five years of frustration and tokenism, he quits and moves to Chicago, where his views begin to change: he moves from pacifism to militarism, convinced that direct action is the only answer. Using techniques and tools learned in the CIA, he organizes and trains youth from the ghetto into a highly efficient gorilla army, and begins fighting an urban war of liberation”. – Original Album Liner Notes