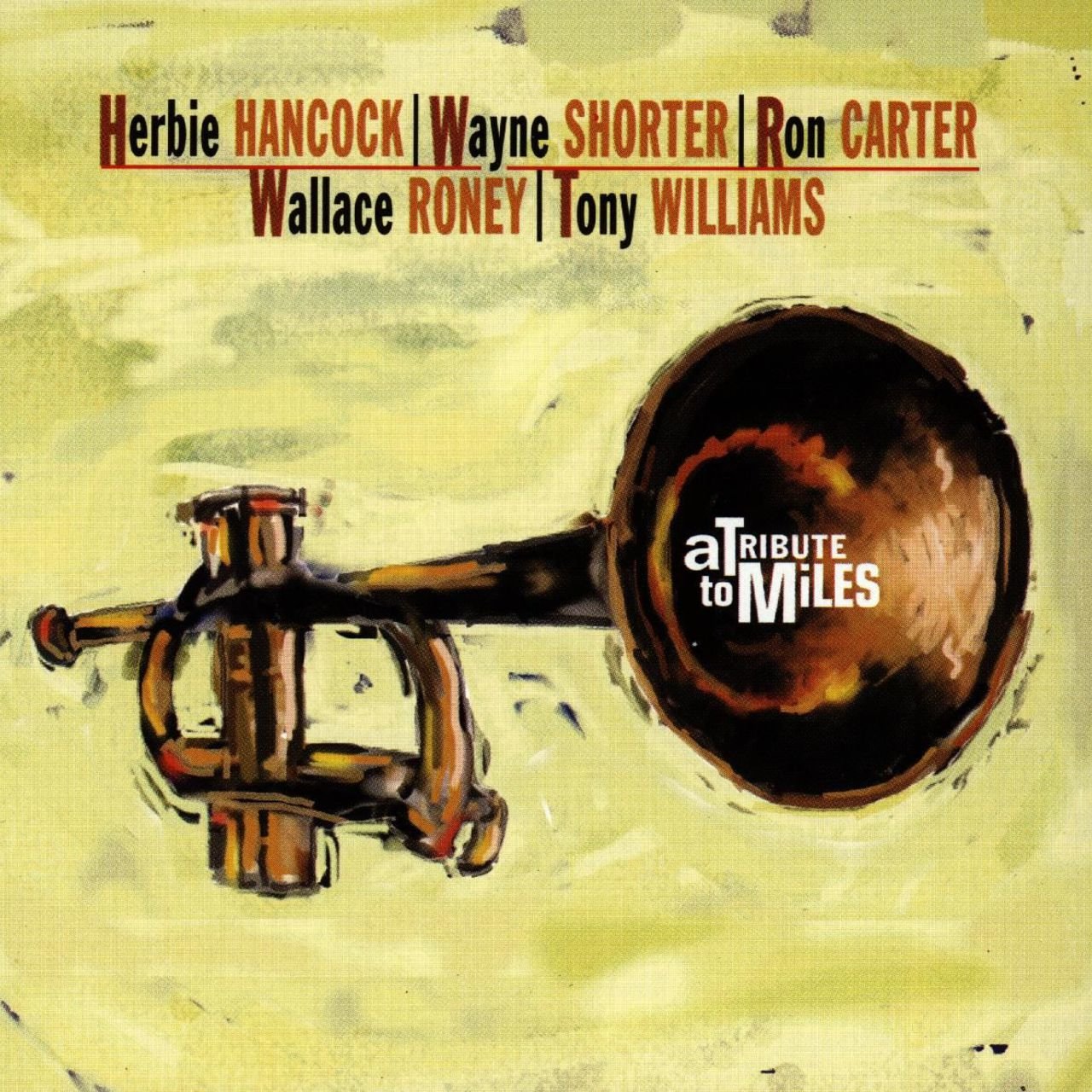 A Tribute To Miles

“This Miles Davis tribute album brings back four-fifths of his second classic quintet with Wallace Roney the logical choice to fill in for the late trumpeter. Wayne Shorter, Herbie Hancock, Ron Carter and Tony Williams had all grown with time and this reunion has Hancock and Williams taking on more prominent leadership roles than in the earlier days. With the exception of the drummer’s “Elegy,” all of the music (“So What”, “RJ”, “Little One”, “Pinocchio”, “Eighty One”, and “All Blues”) was regularly performed by the quintet back in the 60s. In general this reunion is a success even if it contains no new revelations. It is particularly nice to hear Wayne Shorter in this setting again.” – Allmusic

“Miles Davis passed away in 1991. This recording is our tribute to a man who influenced not only musicians privileged to be members of his band and impacted the music of the twentieth century, but also became a legend to millions of people around the world who loved the sound of his horn.

In 1992, as a celebration of Mr. Davis’ life, music, and his genius, this band reunited and played to audiences in the United States, Europe, Canada, Great Britain, The Mideast, Mexico, South America, and Asia. Everywhere we went it was clear that the audiences had the same desire to share memories and to be touched once again by his vision and his courage.

So, in our small way we offer this music, that for us recalls the essence of our love for Miles Davis. He left us much too soon – Tony Williams

A Tribute To Miles won a Grammy Award in 1994 for ‘Best Jazz Instrumental Performance, Individual Or Group’.