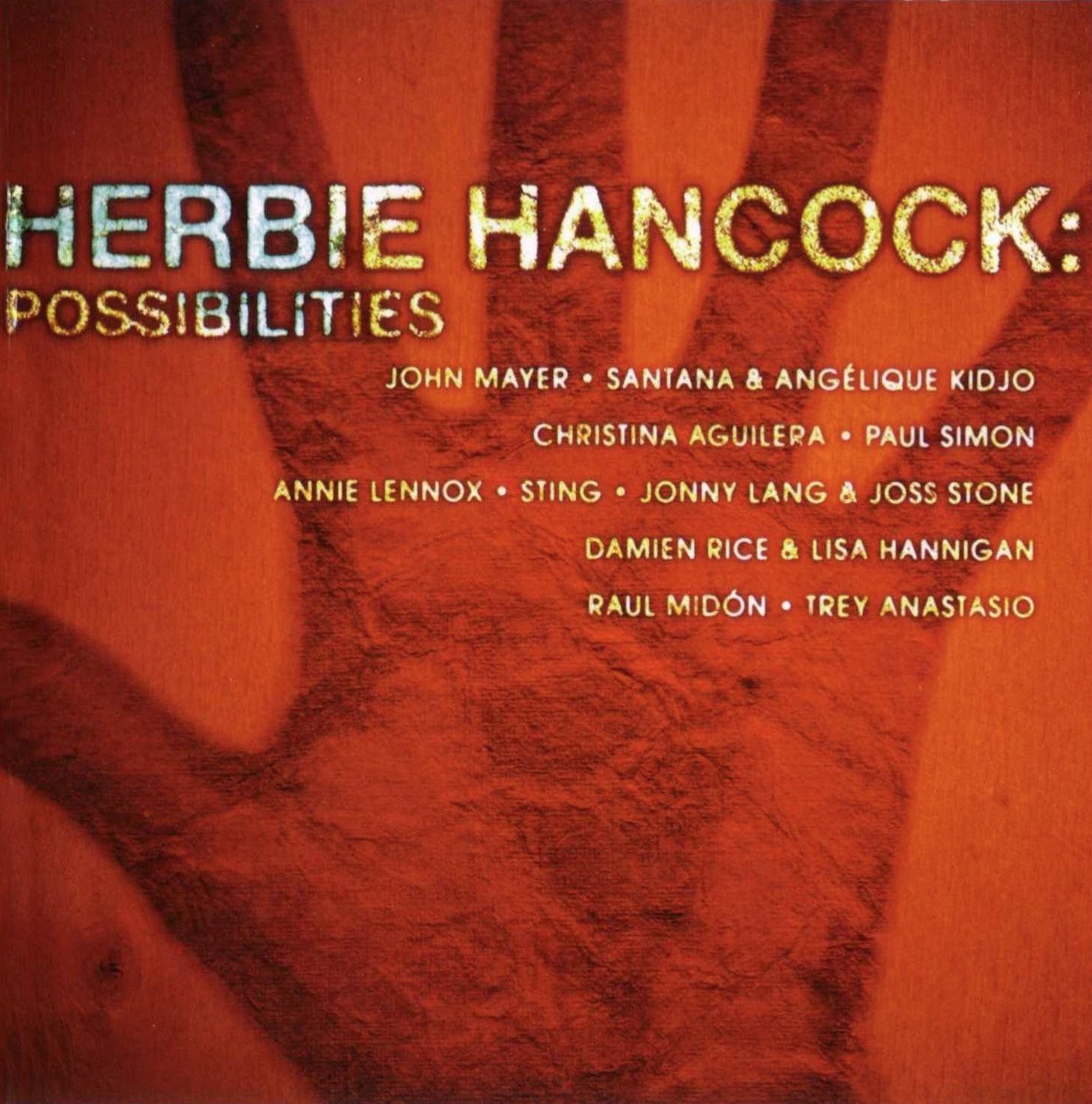 “Possibilities is a Herbie Hancock adventure record. This ten-cut smorgasbord features the ever restless pianist, composer, and arranger in the company of literally dozens of artists, from pop singers like Christina Aguilera, Sting, and Annie Lennox to rock legends such as Santana and Paul Simon to relative newcomers like John Mayer, Jonny Lang, and Joss Stone, as well as some renowned international performers, such as Angélique Kidjo and Raul Midón in a wide range of songs, styles, and moods.

Hancock cut the record in studios all over the world, all the collaborations were done face to face, not long distance. Session musicians here include everyone from Stevie Wonder (who plays the harmonica solo on the cover of his tune “I Just Called to Say I Love You”), to Santana to Cyro Baptista, Willie Weeks, John Pattitucci, Steven Jordan, and Gina Gershon.

The standout cuts are the sensual read of Leon Russell’s “A Song for You,” sung by Aguilera, Simon’s jazzed-up revisioning of his “I Do It for Your Love,” and Lennox’s read of “Hush, Hush, Hush,” written by Paula Cole. Jazz fans may be disappointed, but pop fans will be delighted; there is a lot here to like.” – Allmusic