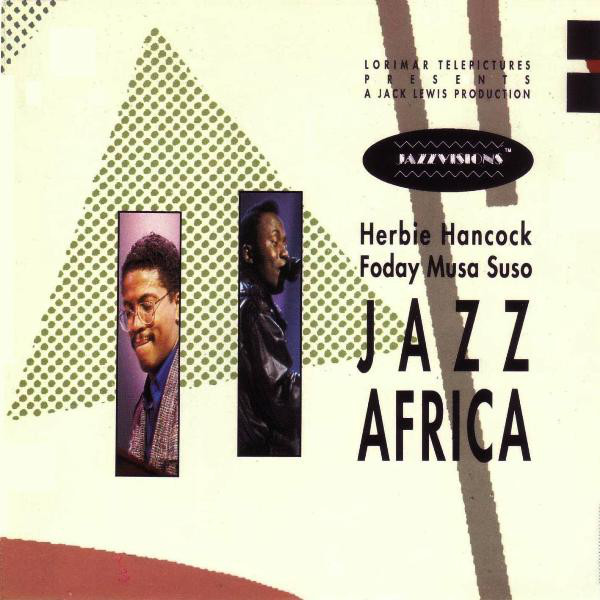 “Recorded in Los Angeles’ Wiltern Theatre one December afternoon as part of the Jazzvisions project, this was released four years later almost as an afterthought to the series — and even many of Hancock’s electric music fans weren’t aware it was out. A pity, for this is one of the great unheralded Herbie Hancock recordings, a rock-’em, sock-’em, live tour de force that fuses Hancock’s electric keyboard work, Foday Musa Suso’s kora, incantory vocals, and scraping violin, and a thundering African/Caribbean rhythm section.

The CD opens and ends quietly with the delicate, folk-like music introduced on Village Life but the record is dominated by two lengthy, madly swinging workouts for Hancock, Suso and the rhythm section, which is anchored by Santana’s ageless Cuban-born percussionist Armando Peraza.

Though not all of the concert is included here (the laserdisc and VHS versions contain more music), the CD does convey a good deal of the incredible energy level of the live event, where Hancock looked and played like a man possessed. This was a real breakthrough for Hancock, but alas, this perpetual chameleon has yet to pursue this stimulating direction further.” – Allmusic

Mixed and edited at the Record Plant.

Part of the Jazzvisions™ series.