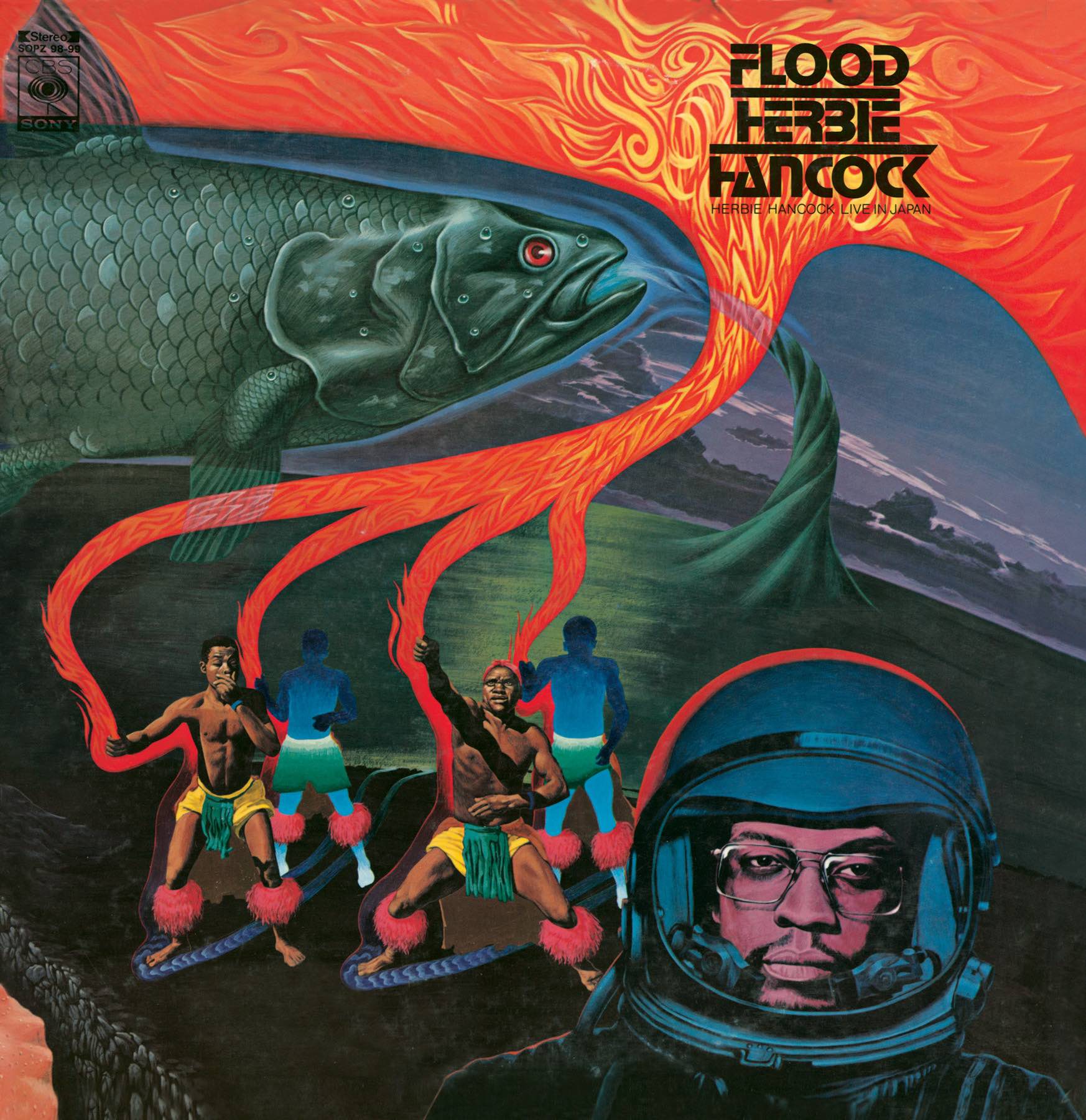 One year after Dedication had been recorded in Tokyo, Hancock flew out to Japan again with his band for a tour of twenty cities in June 1975. The band wrapped up their journey with two performances in Tokyo, which were recorded for the Japan-only release, Flood. Here, the group is enlarged to contain guitarist Blackbird McKnight, who was a member of The Headhunters (a separate band consisting of Bennie Maupin, Paul Jackson, Mike Clark, Bill Summers, Blackbird McKnight, and, later on, keyboarder Paul Potyen) and also played on the album Survival Of The Fittest, which The Headhunters recorded the same year for Arista.

Like Dedication, the album begins with Hancock playing solo piano over “Maiden Voyage” before the full band joins and segues into “Actual Proof.” The following selections find Hancock leading the band on Fender Rhodes, Clavinet, and various synthesizers, performing material from the Head Hunters and Thrust albums. The final track is “Hang Up Your Hang Ups,” which Hancock had recorded just before his trip to Japan for his next studio album, Man-Child. – 2013 Sony Box Set Liner Notes

“Herbie Hancock and the Head Hunters take to the road in the live double album Flood, recorded and released only in Japan. Contrary to the impression left by his American releases at this time, Hancock was still very much attached to the acoustic piano, as his erudite opening workout on “Maiden Voyage/Actual Proof” with his funk rhythm section makes clear.

The electric keyboards, mostly Rhodes piano and clavinet, make their first appearances on side two, where Hancock now becomes more of a funky adjunct to the rhythm section, bumping along with a superb feeling for the groove while Bennie Maupin takes the high road above on a panoply of winds.

Except for “Voyage,” the tunes come from the Head Hunters, Thrust, and Man-Child albums (another reason why this was not released in the U.S.). “Chameleon” comes with a lengthy outbreak of machine pink noise that attests to Hancock’s wide-eyed love of gadgetry. In all, this was a great funk band, not all that danceable because of the rapid complexities of Mike Clark’s drumming, and quite often, full of harmonic depth and adventure.” – Allmusic Review