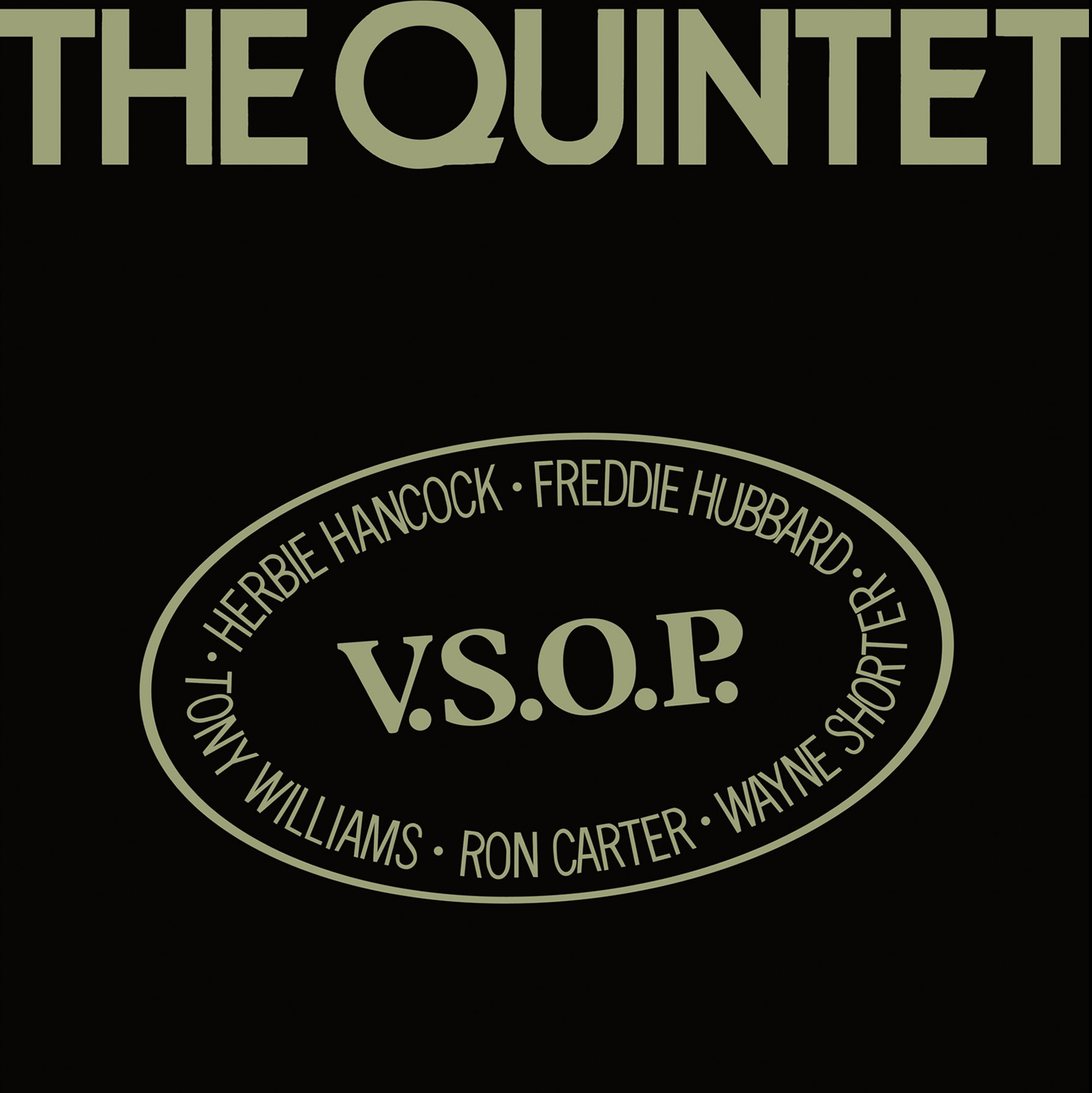 “The U.S. tour of the V.S.O.P. band in the summer of 1977 took the musicians to twenty-five cities in nearly as many days, playing sold-out concerts to more than 100,000 people. The appearances at the Greek Theatre of the University of California in Berkeley and the San Diego Civic Center were recorded and, shortly after, released as V.S.O.P.: The Quintet.

As the album aptly demonstrates, the concert became more than a simple reunion. Rather, an enamored audience witnessed how these masterful musicians unfolded their breathtaking interplay and developed into a historically rooted, but contemporary sounding band. The album contains compositions by all band members, starting off with Hubbard’s “One Of A Kind,” followed by “Third Plane,” which Hancock, Carter, and Williams had recorded a few days before. The remainder of the album mixes ballads, such as the beautiful version of “Jessica” (dedicated to Hancock’s daughter) with exuberant, uptempo songs such as “Darts” and “Byrdlike.”  – 2013 Sony Box Set Liner Notes

“What the audience applauds on this album transcends mere form, technique and instrumentation. They were thrilled by the charisma generated by five masters who listened to one another’s inner ears, spoke to each other at multiple levels, and, no matter how dense the musical content, conveyed their messages to the audience with amazing clarity.”

Recorded live July 16, 1977 by Fred Catero at The Greek Theatre, University Of California, Berkeley and July 18, 1977 at The San Diego Civic Theatre.

Mixed at The Automatt, S.F.