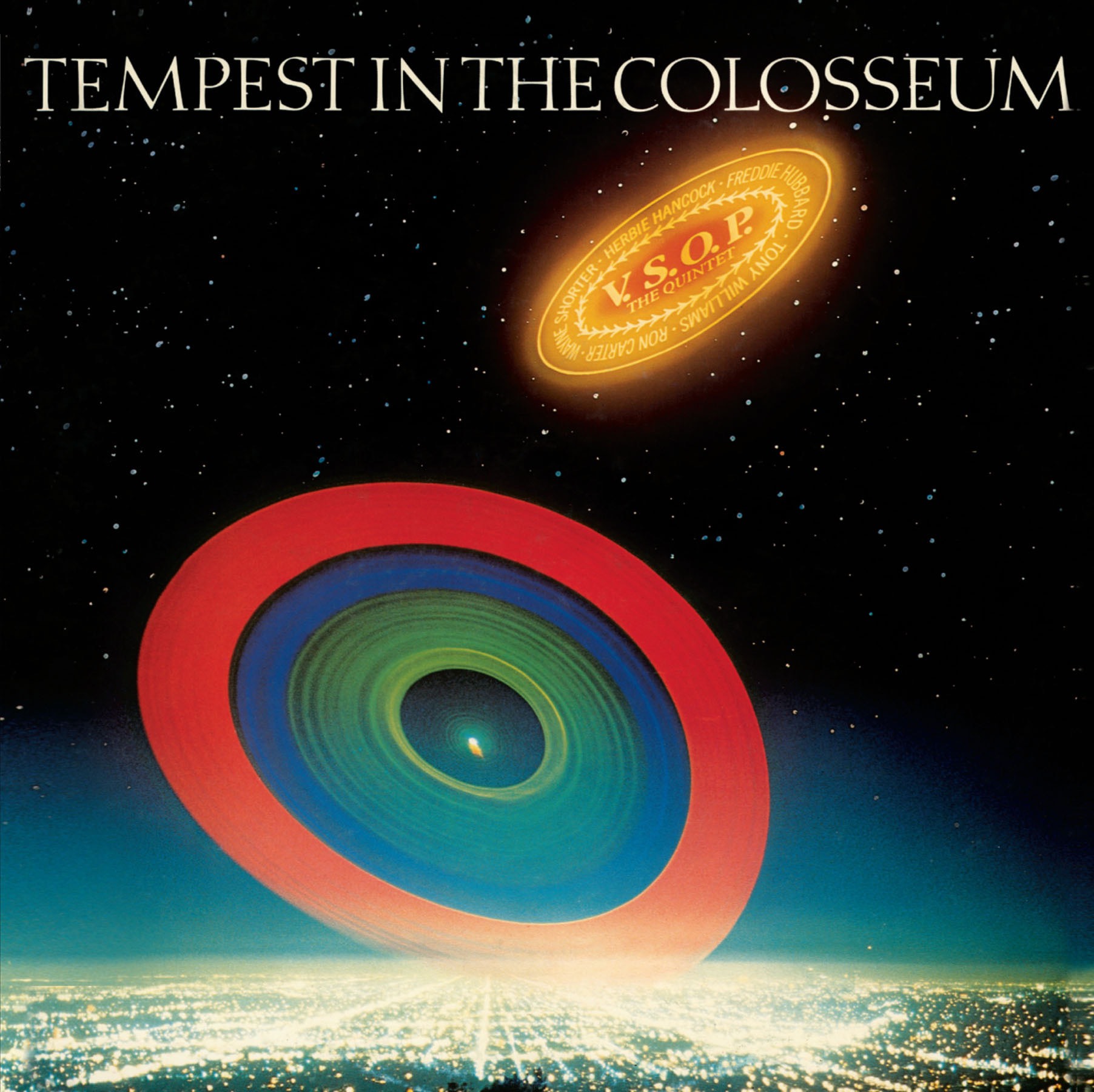 Tempest In The Colosseum

“After finishing its frenetic and acclaimed tour of the U.S. in the summer of 1977, the V.S.O.P. band flew out to Japan for one final concert. In a tremendous rainstorm, Hancock and his cohorts took the stage in Tokyo’s Denen Colosseum on July 23, 1977 in front of an enthusiastic audience that was anything but scared off by the weather. From the opening bars of the concert, the band sets out to rival the tempest in the open air venue with its fiery and rousing playing on “The Eye Of The Hurricane” which is followed by a hauntingly beautiful trio rendition of “Diana,” a composition Wayne Shorter had penned for the daughter of Flora Purim and Airto Moreira, and which Hancock and Shorter had recorded together for Shorter’s album Native Dancer in 1974. After Ron Carter’s “Eighty-One” (first recorded on Miles Davis’ album ESP in 1965), “Maiden Voyage,” and Tony Williams’ composition “Lawra,” the band concludes the concert with a blistering version of Freddie Hubbard’s classic “Red Clay.” This landmark performance, which was issued in 1977 in Japan only, is available here internationally for the first time.” – 2013 Sony Box Set Liner Notes