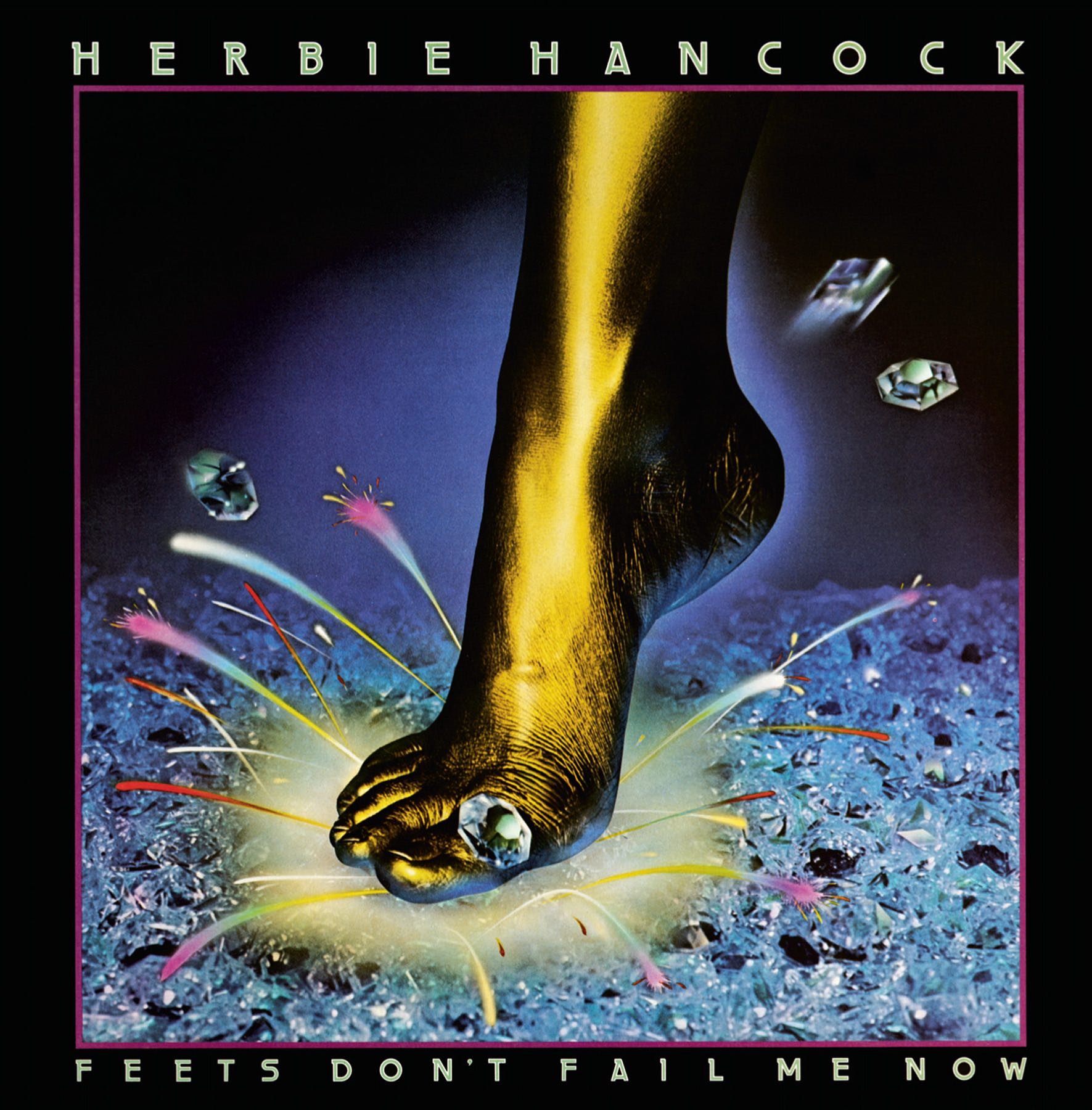 “In early 1979 Hancock churned out another album that proved to be a logical progression from Sunlight. Probing ever farther into disco and dance music, Feets Don’t Fail Me Now is laden with pounding drums, punchy slap basses, fat synthesizers – and Hancock’s vocals, realized through the Sennheiser Vocoder. The recording personnel is made up of a squad of seasoned session musicians, including James Gadson on drums, Ed Watkins on bass, and Sheila and Coke Escovedo on percussion. The background vocals are provided by The Waters, a group of four siblings who accompanied many soul, jazz, and rock artists from the 1970s to the 1990s. Four of the six tracks were co-penned by associate producer Jeffrey Cohen, while producer David Rubinson contributed to three songs. The final track, “Knee Deep,” was produced with Wah Wah Watson, and reunited the Secrets tour band (with the exception of Freddie Washington, who replaced Paul Jackson on bass).” – 2013 Sony Box Set Liner Notes

Recorded and mixed 1978 by Fred Catero and David Rubinson at The Automatt, S.F.

Note: when Feets was released in February 1979, it included the original mix of “Tell Everybody”. A few months later, the LP master was revised and this version of “Tell Everybody” was replaced by the ‘Disco Mix’ version. As far as can be determined, this original version of the song was never issued again, so it is something of a rarity. As you can hear, it is quite different musically from the Disco Mix version.