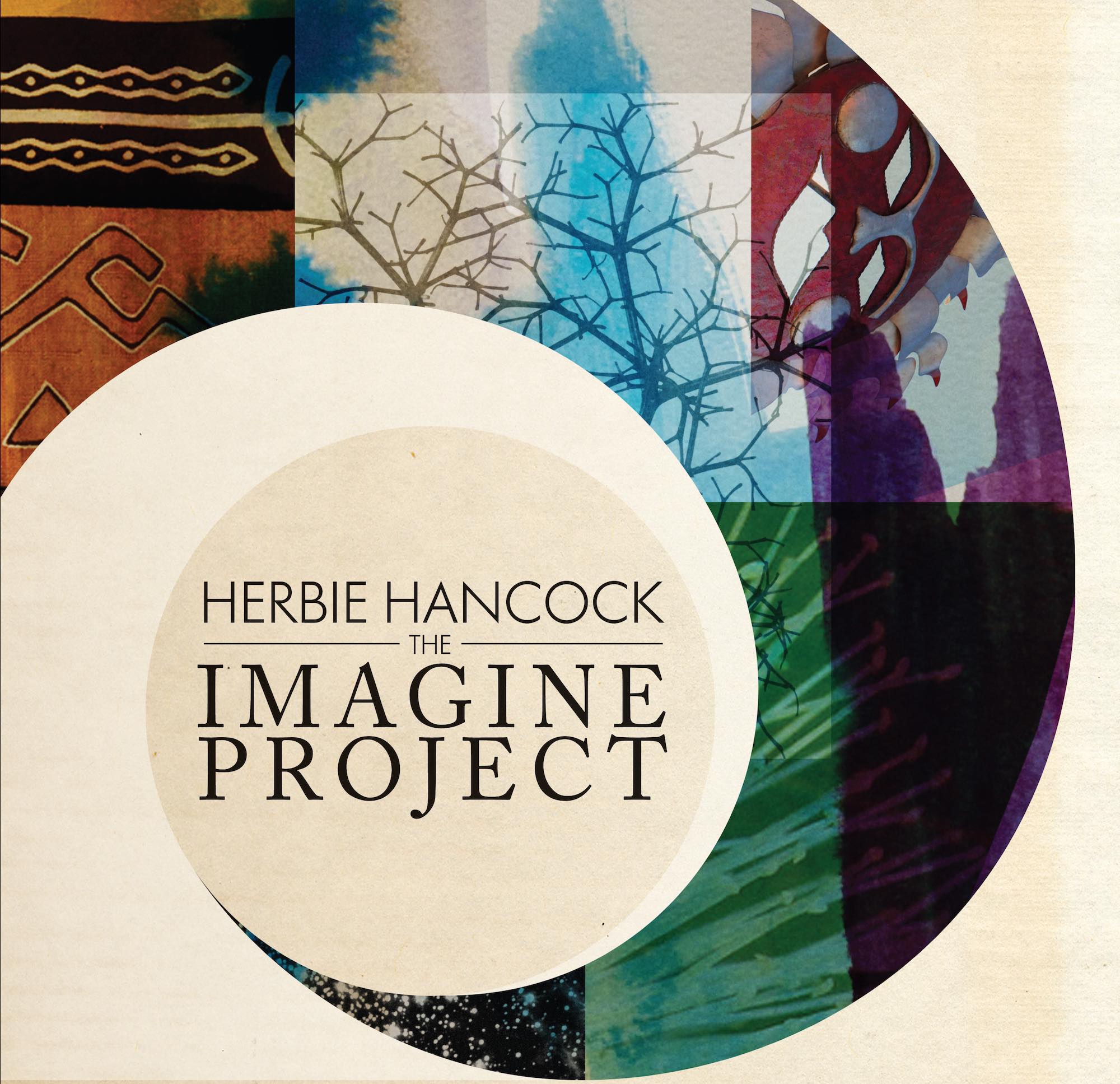 “Herbie Hancock’s star-studded The Imagine Project was several years in the making, recorded in seven countries with musicians from all over the globe. Hancock’s band with producer/bassist Larry Klein, drummer Vinnie Colaiuta, percussionist Alex Acuña, and guitarist Lionel Loueke is a common denominator. Much of what’s here is interpretations of well-known pop, folk, and soul songs.

Bob Dylan’s “The Times They Are a Changin’,” with Lisa Hannigan’s raw, emotive vocals, is underscored by interplay between the Chieftains, Toumani Diabaté’s kora, and Hancock’s piano. The tune moves past its American folk revival beginnings to reflect a global sentiment.

“This album was recorded in various countries throughout the world, in multiple languages, and with various international artists in an effort to show the power and beauty of global collaboration as a golden path to peace.

My deepest gratitude to all of you, having contributed with your hearts to this shared goal. My sincere apologies to anyone who may have been inadvertently left out” – Herbie Hancock