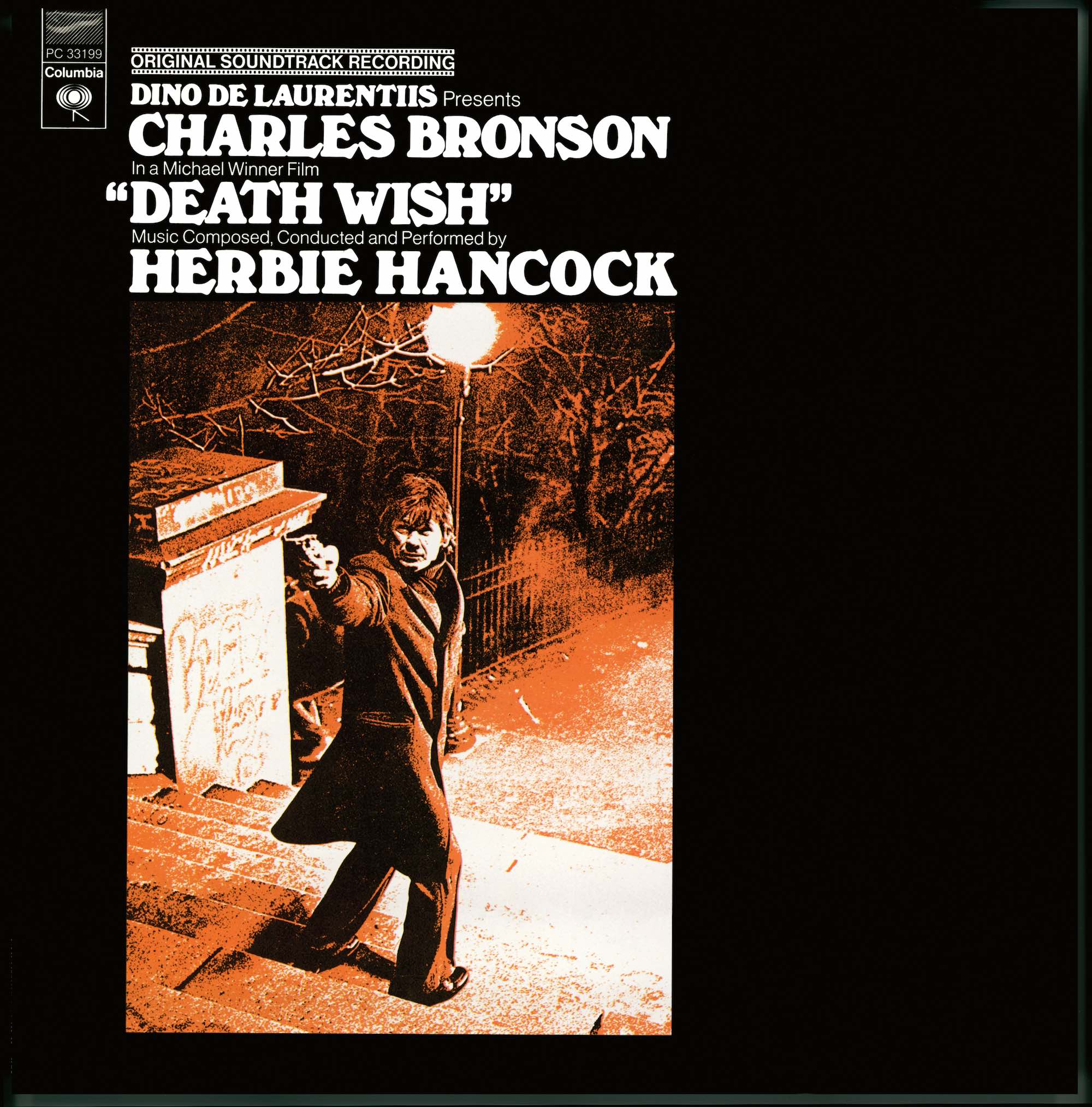 “Herbie Hancock extends the reach of his Head Hunters – vintage electric music into the soundtrack field, with some switchbacks to earlier styles and old-fashioned movie suspense music thrown into the eclectic mix. Jerry Peters provides the requisite orchestral backgrounds, and the wah-wah guitar licks give some indication as to where Herbie’s funk music would be going in the future. The main title music is the best track — tense, streaked with Hancock’s echo-delayed electric piano and understated orchestrations…..the results are, in general, more intriguing than usual for the film genre.” – Allmusic Review

“In the spring of 1974, Hancock received a call from film director Michael Winner, who asked him to compose the score for Death Wish, a film in which an architect (played by Charles Bronson) takes to vigilantism after a gang of thugs murders his wife and rapes his daughter. Winner’s girlfriend had recommended Hancock for the job on the basis of the omnipresent LP Head Hunters. This was his third film score after Michelangelo Antonioni’s Blow Up (1966) and Ivan Dixon’s The Spook Who Sat By The Door (1973).

The personnel on the recording date included the Head Hunters members and a group of distinguished session musicians. Among them was guitarist Melvin Ragin, also known as Wah Wah Watson, whom Hancock had first met at the recording sessions for Marvin Gaye’s Let’s Get It On, and who went on to play on a number of later Hancock albums. Parts of the score were arranged and conducted by fellow keyboarder and composer Jerry Peters.” – Bob Belden, 2013 Sony Box Set Liner Notes